Haha...puns...anyhow. I end up eating certain foods a lot in like one day without realizing it. I've eaten eggs a good bit in the last 24 hours.

Last night I had them in a big ol' stir fry 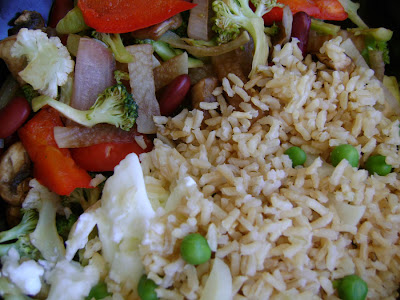 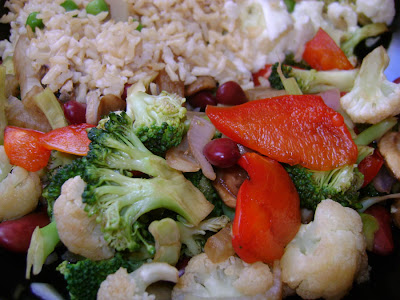 This morning I had some microwaved egg whites with a crumpet. 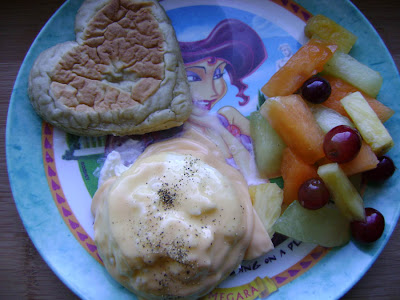 They are hiding under the cheese. 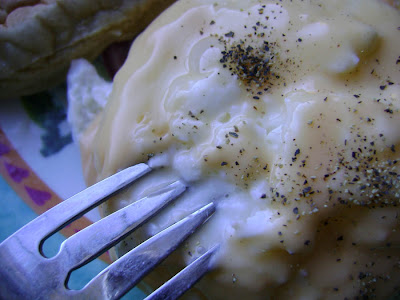 And for lunch I chopped up some hard boiled eggs from the cafe, mixed in a chopped up sweet mini pickle, mustard, salt and pepper, and yogurt instead of mayo to make egg salad. 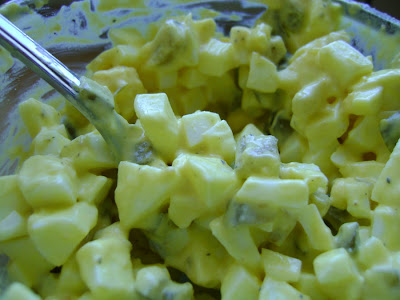 I put it on some Arnold Healthful bread along with tons of veggies. 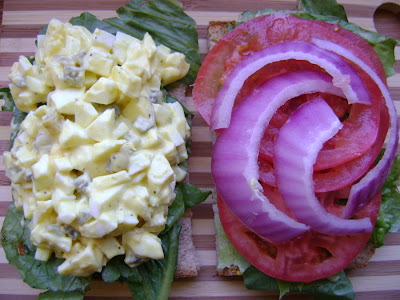 I swear there's bread under there! 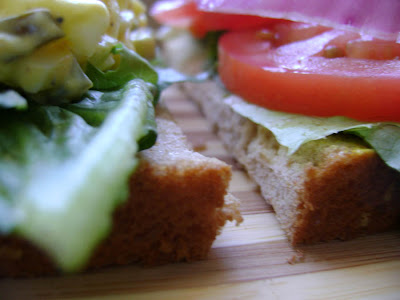 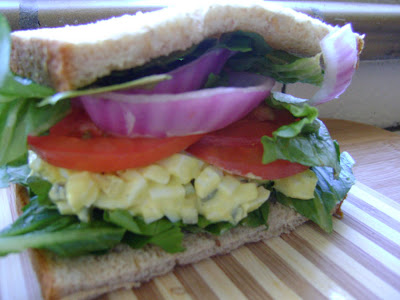 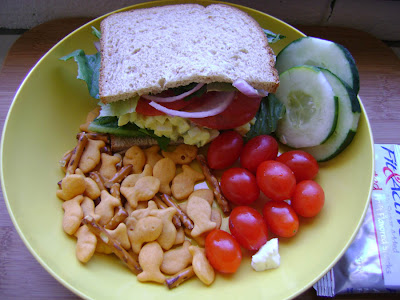 and some fruit snacks. 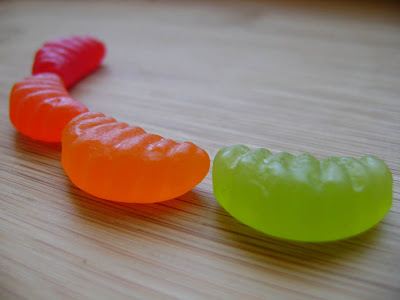 I finished off the Greek yogurt (still using Dannon) for a snack later. 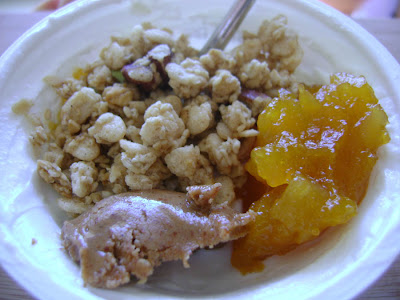 Topped with mango jelly, almond butter, and granola.
Posted by Kittie at 4:18 PM