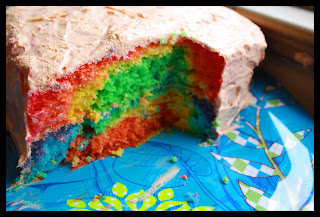 I said I had a recipe, and I do (and it's vegan) and it will come with time my dearies. But I figured I would post this while it is somewhat relevant.

I made a two layered rainbow cake in the shape of a heart.

I'm not going to post a recipe because I followed Ominomicon's post exactly. It was for a class project so I didn't Kittie-ize it. 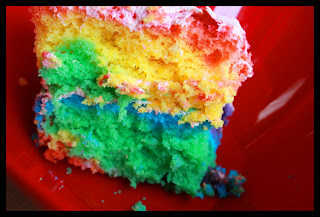 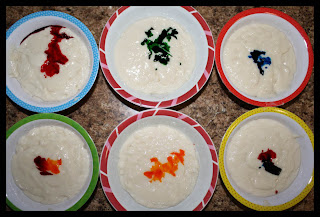 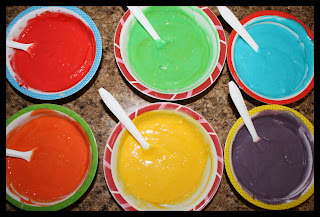 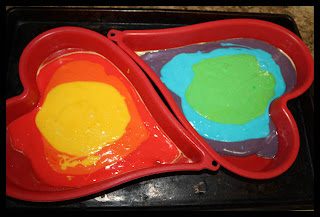 Make sure you use twice as much (2/3) of each of the first 3 colors in the two pans. This means one pan will begin red, orange, yellow and the other begins purple, blue, green. 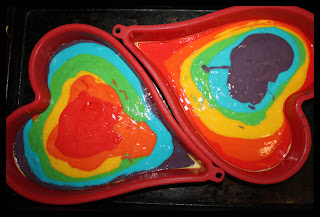 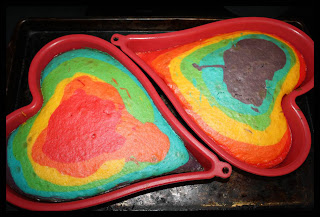 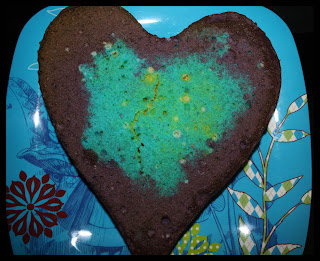 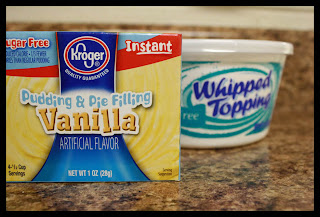 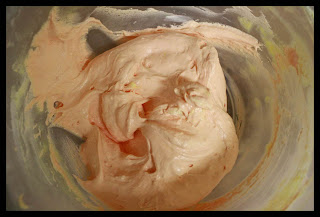 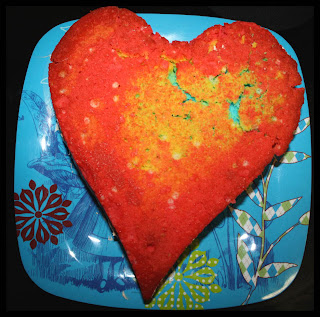 Flip second one on top. 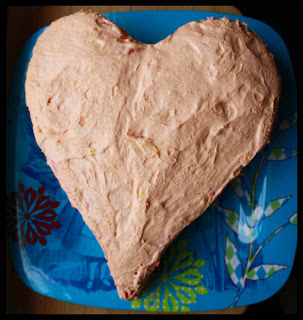 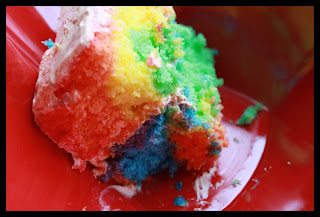