Safe? What is it? I have safe foods. I have non foods. What is a non food? It's a name I coined when I realized that there are foods I have gone without eating and avoided for so long that I now do not see them as food. They are the plastic flowers on the table. I just don't even think about them. On the list? Meat has been a non food for a very long time but that is because I see it as inedible and disgusting. The same with milk. Pasta is the biggest. White flour and white sugar. (not a bad habit, really.) Oil. These things I just don't see as food. Well, today I did something pretty cool: 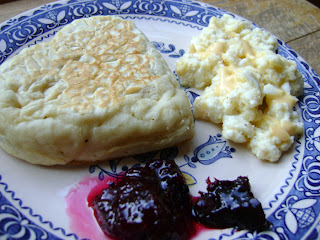 Look at that! White bread flour was used to make those crumpets. I ate it and I didn't even die. Oh, and the jam is half my home made jam which I did make the old fashioned way (after going over and over recipes that used no sugar or splenda) with real sugar. The other blob is Crofter's.

And I did something else. I combined a protein and a carb. "Well that's just sensible." Maybe for some people but I make myself choose. I can't have both. Well you know what? I did! take that mind! You're welcome body. There's also cheese. Yes, it's American cheese but I don't like "real" cheese at all. And yeah, it's egg whites but we're gettin' there.

Do I feel bad? Well my mind is a little frantic but my body (and my tummy and my taste buds) seem to be happy about it.

Have you ever thought to yourself, "I wonder how many tea bags Kittie goes through in a day"? No? Well, I think you should. 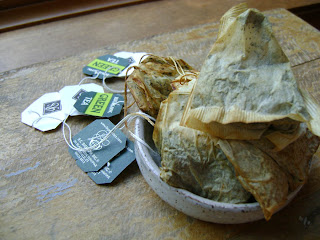 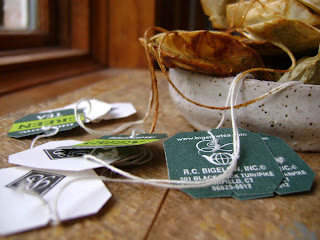 Yesterday I had a veggie wrap: 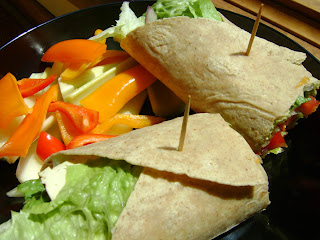 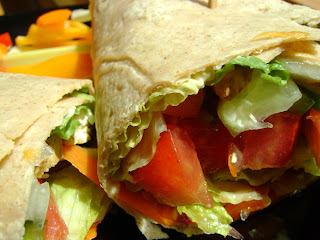 It was really great but these okra things that I found at the Asian market.... 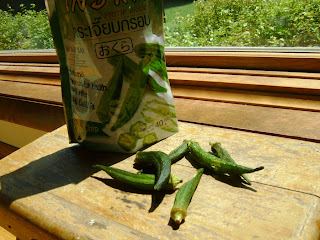 not so great. Why not? Well, they tasted like swallowing a sachet of green tea leaves. How do I know what this is like? In middle school I used to swallow a sachet of green tea every night to speed up my metabolism and scrape down any food from my insides so it wouldn't stick and take more calories. I have no clue where that idea came from but I do recall it was pretty wretched. I threw them away. I love okra but that was just...ugh. 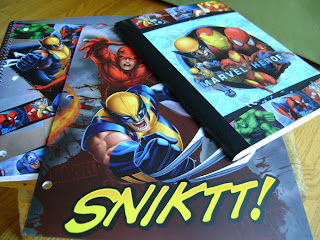 OMG OMG OMG WOLVIE! Love you Logan!!! SNIKTT! I swear I almost died when I found that one. Just the "T!" was visible and I said "Does that say SNIKT?!!!!" Yes, yes it does. I love Wolverine like nobody's business. Actually, one of my rewards in the rewards system I made is the hardback Wolverine Origins comic.

When I got back I had this snack. 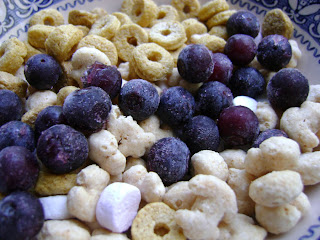 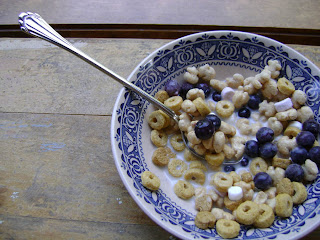 Let's talk about this snack. It was two kinds of cereal, frozen blueberries, and almond milk. Why is it special? Because I went out of my safe zone. I used bags of cereal, not pre packaged bars AND it filled me up so well that I didn't even think about food until dinner.

Dinner was sort of safe. It was really really good and honestly pretty balanced but I did use yam noodles instead of soba or something like that. Baby steps. Pasta/noodles=still a non food. We'll work on that later. 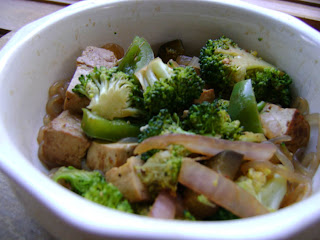