Today I went to Aldi for the first time. I'm super cheap. I mean...you see how I make the most of my cafeteria runs. I am a sucker for a bargain. So when I have on my list to buy a sweet potato.....but the only sweet potatoes are in three pound bags....and the whole bag is just $1.99...well, Kittie does this: 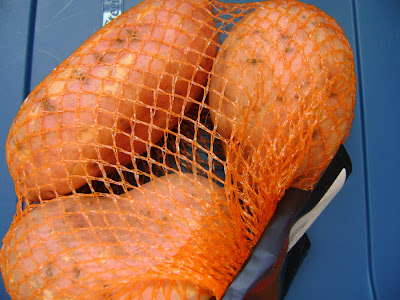 Yep. I bought three GIANT sweet potatoes. For some reason I felt like getting the three huge ones instead of a bag with four normal sized potatoes. Who likes normal, anyway?

I went through all the isles in Aldi at least three times. I went through the cereal isle at least five times. I picked up every damned box of cereal trying to remind myself that I have like....eight...yes, eight types of cereal already. I didn't buy any cereal. No impulse buys at store one, check! [insane amounts of sweet potato don't count because it was on the list ;)]

I went to the dollar store next to it to pick up some boring things like sandwich bags. Here, I went through the cereal isle three times. Looking at every damned cereal again. Reminding myself that I don't need any cereal. I made it out with only items on the list...and these: 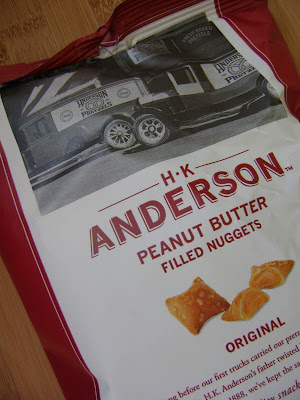 But Kittie don't you already have peanut butter pretzels? Why yes, if fact I don't have just a bag of them, I have a tub. Then why did you buy those? Because I saw them on KERF. That's the truth. I can't defend myself any more than that.... 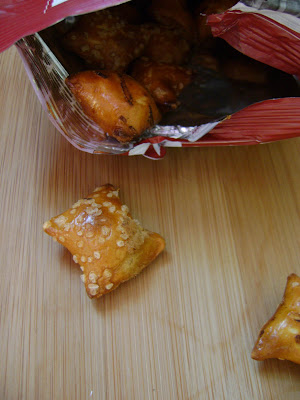 I can tell you that they're better....the ones I have consist of these hard, crumbly, dried pb innards and these seem to have real, creamy pb....

One impulse buy at second stop, not bad.

Next up was Kroger. What was the first thing I see when I walk in? 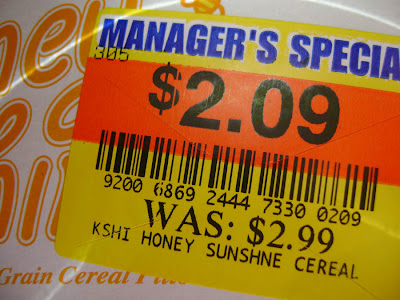 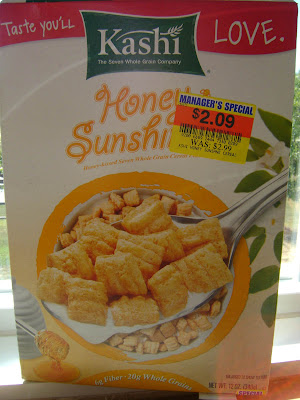 Grab. Consider. Put back. Walk away. Walk back. Put in cart. 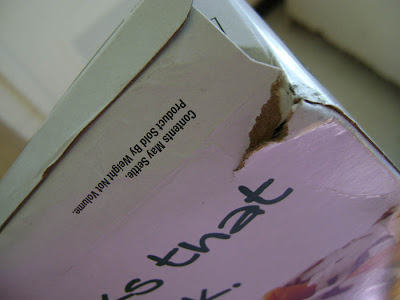 It was fine other than being a little smooshed. And they are usually $4.49, not $2.99 like it says. It just says that because they are on sale this week. One impulse buy at third stop.

Alright...so not too bad but now I have nine types of cereal....what to do? 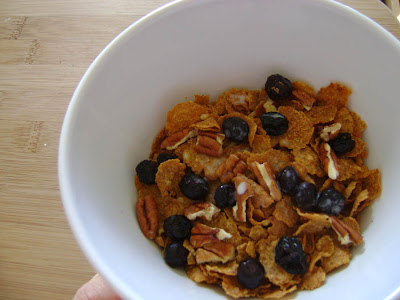 Finish off a bag, durrrh. 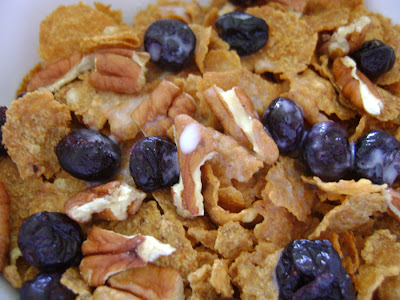 The last of my Special K Protein Plus cereal with frozen blues, pecans, and almond milk.
Posted by Kittie at 8:32 PM