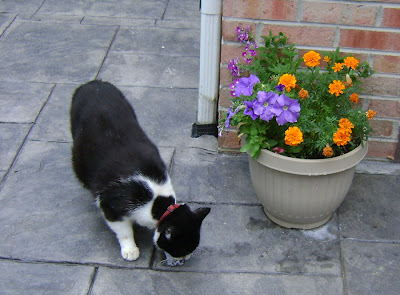 Yesterday I had a blueberry tart for breakfast: 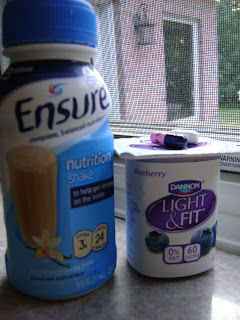 Then I made food for my mother who recently had foot surgery. I can't eat and she can't stand to cook, what a pair we are. 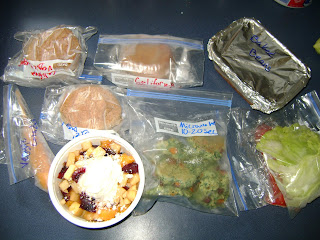 I took frozen veggie burgers with whole wheat buns, a frozen veggie corndog, some of my green cookies, baked beans, prepped burger dressings, and a fruit salad in a cleaned out Fage container.

Also for her snackity side: 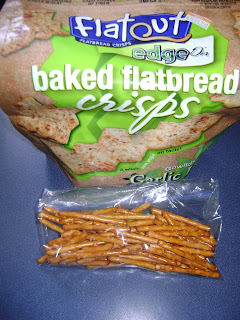 She taught me how to sequin/bead while I was over there and today we are going to the craft store to get more stuff for me and some yarn for her to crochet me a blanket. (I've been awaiting for this blanket for years :]).

For lunch I had soup...because it's what I can eat. I had Ezekiel sprouted bread on the side. I will admit, I was an Ezekiel virgin. When I was vegan I wanted to try it but it was too expensive. I got it on sale the other day! 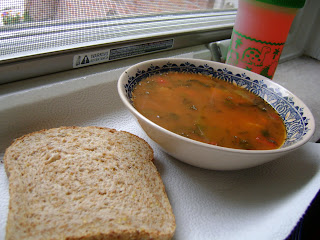 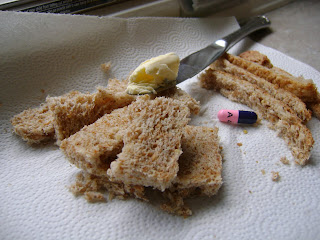 and actually that was too difficult to eat so I had to do this: 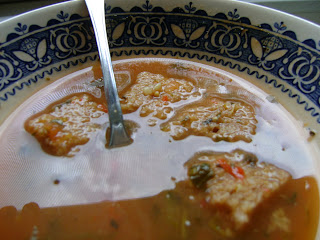 For dinner I tried something that I have not had success with before, vegan Mac and Cheese. The last time I tried, I used the recipe that I saw most often. The one with silken tofu and soy sauce. It was horrible. I have had mishaps or surprises in the kitchen (can we say green cookies?) but I haven't burnt anything since I was nine and I have never made something that completely failed. It didn't burn but it was gross. It broke my spirits. I was devastated. It was disgusting and I had made it. I didn't follow my instincts. Well, it's a few weeks later, I had to try again. I had to redeem myself. This time I used a recipe that I liked the look of more, Mac Uncheese. 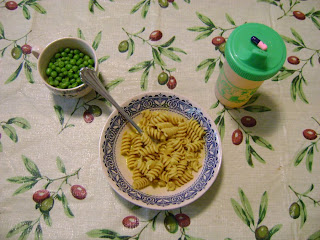 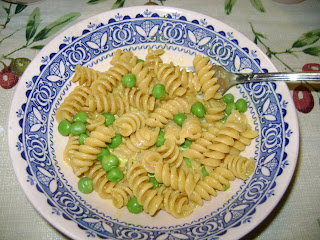 This one worked a little more but I have decided that I am going to make my own recipe for it. I'll get back to you on this.

Eating hurts, if you haven't gathered that. I have to wear a retainer to protect the place where they peeled off skin to graph onto my gum line. Every time I chew, the retainer pushes into the big gaping wound so I stop eating midway through a meal if I have to chew.

I have figured out how to fix this problem of not eating enough, I am going to be eating six small meals a day instead of half of three pretty small meals a day. By spreading it out I can tolerate it for the entire amount of food and not get frustrated and so I can get the nutrients I need. 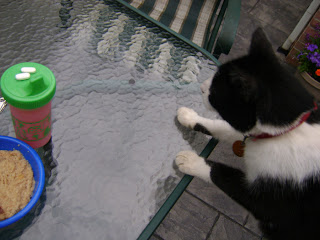 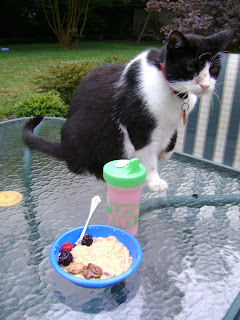 Oatmeal requires too much chewing so that is oat bran.....that's just sad...