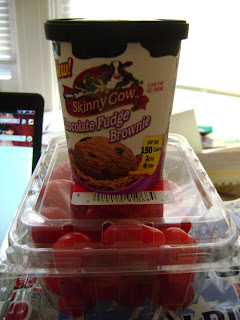 After my post last night I took a trip to Kroger. I went for two things. Very important things.

Yeah...grape tomatoes and ice cream. Not sugar free, not hardly. But it was the closest to sugar free that was available in small sizes. 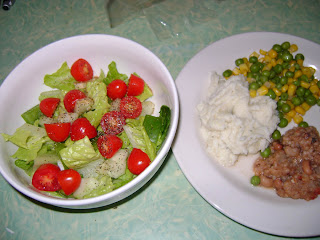 That isn't mashed potatoes, it's mashed cauliflower. It is so good.

Then there was some of this: 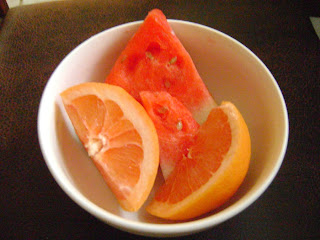 While I watched these: 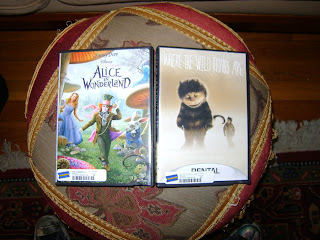 And then I got to this: 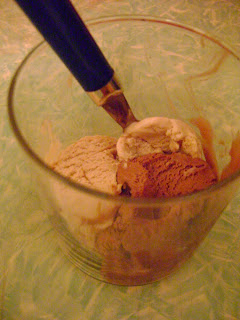 "If you wanted ice cream so badly why did you not eat it immediately?"
I don't like eating a sugary dessert right after a meal, I prefer to cleanse my pallet with fruit and if I still want it later, I will have a dessert. I don't know why, I just do it that way.

For breakfast I did not want oatmeal. I have felt slightly sick the last few days and oatmeal feels like sick, dying people's food right now....strange. I also couldn't bear any more peanut butter....

As a matter of fact the only thing I wanted was my grandpa's biscuits that my grandma would fill with butter fresh out of the oven. Once it melted she would cut up two biscuits for me and drizzle over sugar free maple syrup (my grandpa couldn't have sugar, hypoglycemic).
Now, my grandparents died when I was thirteen but his biscuits were really just Bisquick mix and I could totally make them myself. Only problem is that I didn't have Bisquick. Or soy milk. Or butter. Or SmartBalance for that matter. Or Syrup. So, I ate this: 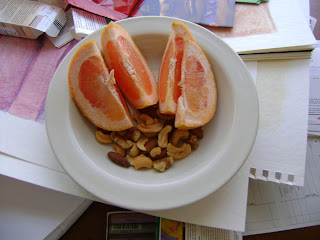 Eaten while I finished Where the Wild Things Are. (I fell asleep watching it last night, oops.)

I will tell you that I am not a picky eater. Yes, I have a diet I follow but I don't count that as "picky" because if I didn't feel meat was wrong and dairy, sugar, and caffeine didn't make me feel funny, I would eat those things. There are however a couple things I dislike. Pancakes and waffles are on this list of five to ten items. I think it is because I grew up eating biscuits like pancakes. Seriously, you can't beat it at that point.

Guess what I did today? I went to Trader Joe's and Whole Foods Market. Yeah boy.
Loot: 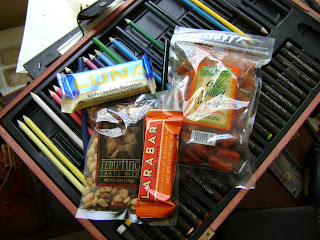 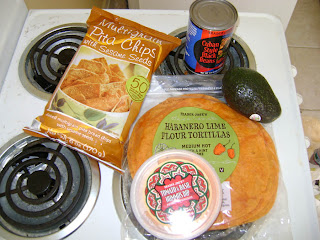 I have a dinner planned with some of the Trader Joe's goods. (You see where I'm going with that?) I can't find Crofter's anywhere around me so I finally got some along with Justin's Maple Almond Butter that I have been dying to try and some chocolate almond butter.

For lunch I dug into the Tomato Basil Hummus. (Oh my gosh, I had been on a hummus hiatus because it began to bore me, but this stuff brought it back with a kick!) 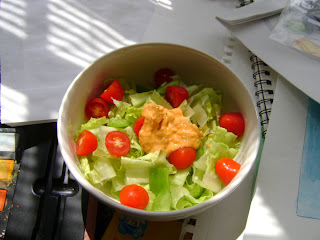 With a couple of these: 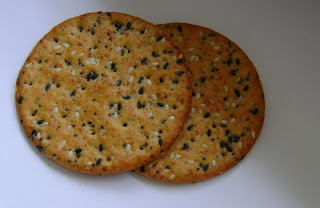 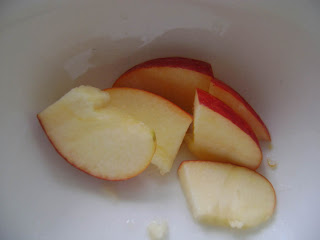 Dipped in a bit of this Chocolate Almond butter: 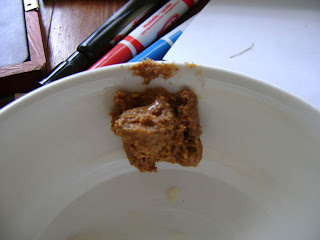 I think I prefer my own almond butter. I salt it, I think it brings out the nutty-ness and sweetness.