There's a Glitch in the Matrix.

Alright now, I have a few confessions. First off, I have hidden from you the huge sci-fi (Yes, sci-fi as in SCIence FIction not syfy as in "we can't spell but it looks cool.") nerd that I am. Nerdom explains the title. You know when Neo sees two black cats walk by, one after another? And Keanu Reeves says in his languorously sweet lexis, "Whoa, deja vu." and everyone freaks out saying "There's a glitch in the Matrix! They Changed something! MOUSEEEE!!! NOOO!!!!" Okay, I'm the one screaming "MOUSE NO," but you get my point. or maybe you don't yet. Just look at this: 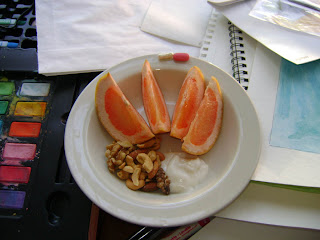 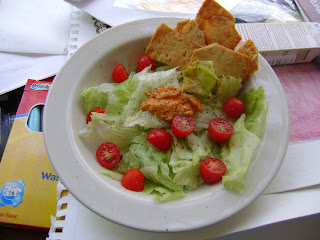 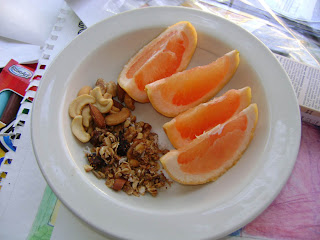 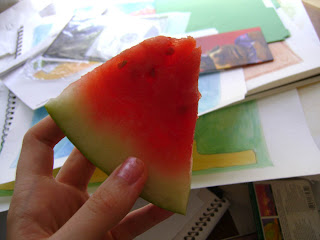 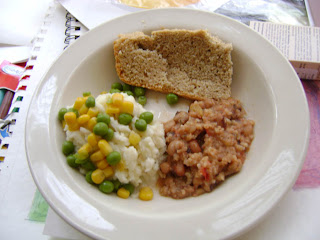 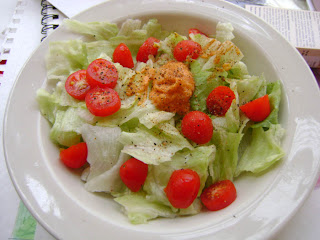 Now do you get my point? Okay, good.

I've been eating a whole bunch of the same stuff.
I want fruit. I want fruit so badly.
"But you have consumed a lifetime's amount of grapefruit and watermelon lately."
I mean I want my staple, the daily banana back. I also want juicy, fresh summer fruit that is so succulent it would be indecent to eat in public. I want fruit that has juices dripping down my chin as I lean forward, completely engulfed in it's seduction. You follow? Did you blush? Because that's how good a summer peach is.

But for now I don't have that fruit, I did however bring my other recent cravings, nuts and granola. 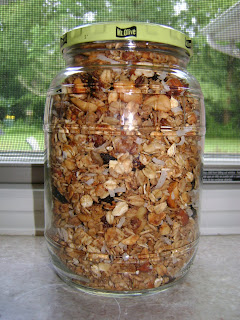 Second confession, you are going to see this picture of granola again when I make my granola post....

Third confession, I had two interesting meals but I forgot my camera.
Last night for dinner we ate Indian food. Vegetable Vindaloo. It was so good. 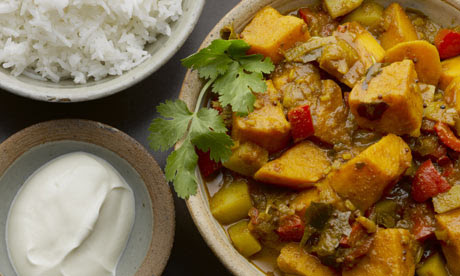 (It looked something like this.)
Today for lunch we went to a cafe and I had a salad made of these things:
Mixed baby greens
Blue Cheese
Pine Nuts
Pear

With a pear vinaigrette on the side for dippin'.

You may or may not see that salad recreated. I'm leaning towards may. It was freaking delicious.

Also, I have been vigorously reading T.C. Boyle's tantalizing prose in Talk Talk. 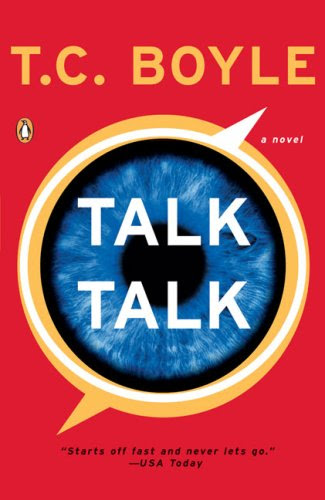 Also, it has been hot and humid enough in this kitchen for hot yoga or a sauna or one of those Native American sweat lodges. Today, a fan was moved in here. Awesome.