Food, Away from the Window Sill

Yesterday was jam PACKED with food adventures. There was some of this cuteness: 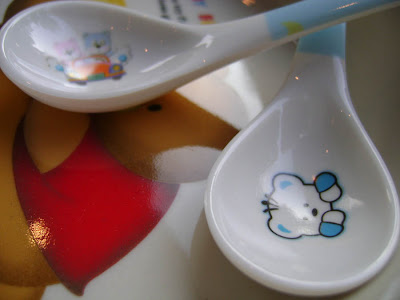 ...but I'll bore you with this ugliness: 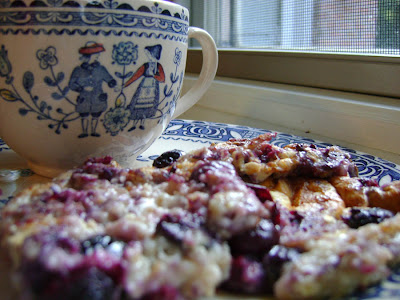 "what is that?"
Ugly pancakes. 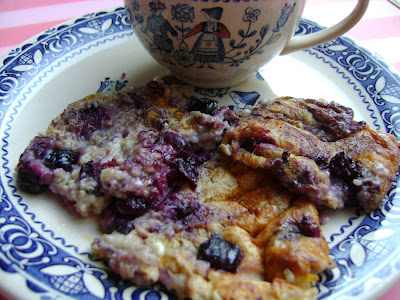 Really Ugly pancakes. I tried to make the Oatmeal Cottage pancakes featured on Kelsey's blog for my Pancake Sunday. I mean. I guess I didn't try to make them. I did make them but dizzayumn that is the most finicky pancake batter I've ever dealt with. I've always been such a good pancake flipper. *sniff*

Well, they tasted alright and I served them with some dragon blood: 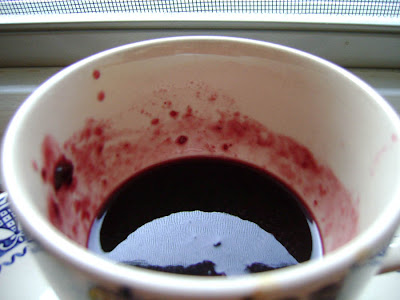 Also known as Crofter's mixed with water and heated in the microwave. Instant fruit syrup!

I ate the pancakes but didn't have a mid morning snack because I knew I'd be going to an Indian food buffet for lunch. *jumps with joy*
So about that buffet...: 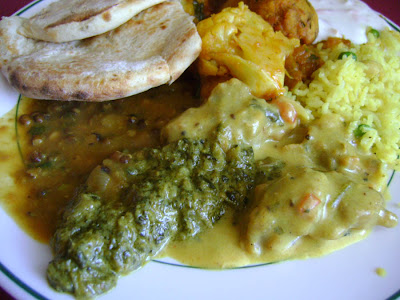 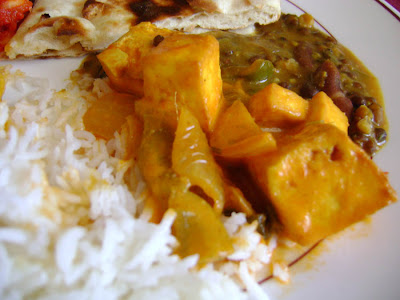 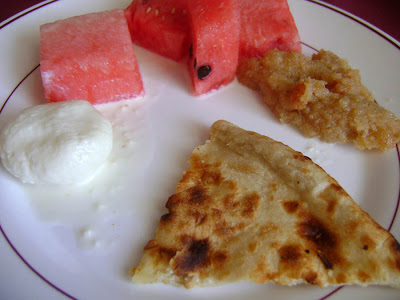 Heh. I didn't finish all of that but I wanted to. Haha. Send me to a Golden Corral and I get a side salad and a baked potato. Set up a buffet of Indian food and I will enjoy myself.

Then my dad and I, pregnant with naan food babies, went shoppin'! Our town doesn't have any health food stores so some weekends we venture out about 45 minutes to a big town near by, have Indian food, and food shop!

First we went to Earth Fare where I stocked up on bulk: 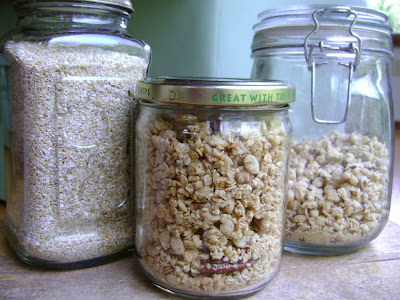 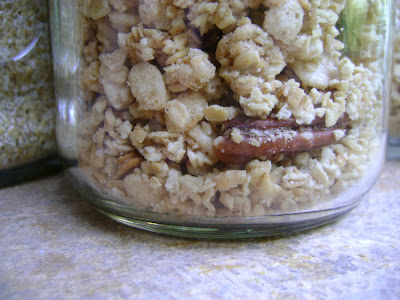 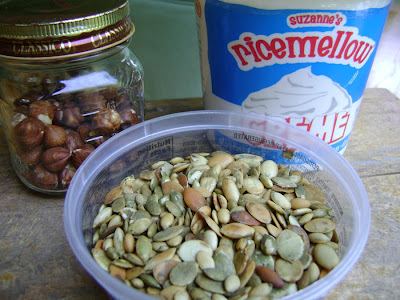 Also in bulk, I got some hazelnuts, pumpkin seeds, and then RICEMELLOW!!!! Ohmygosh. I've been wanting this for a while.

Another thing I've been dying to try is millet puffs. I realize this isn't exciting but since I can't find it anywhere, it's exciting for me. 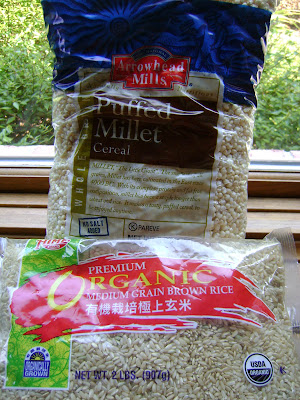 Then we went to the Asian market. I got some brown rice and.... 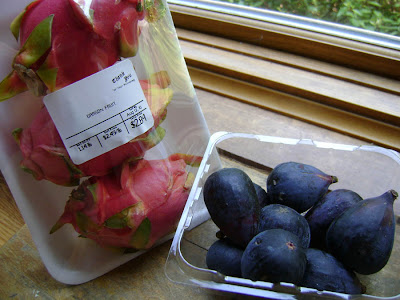 ...dragonfruit! And figs from Earth Fare! 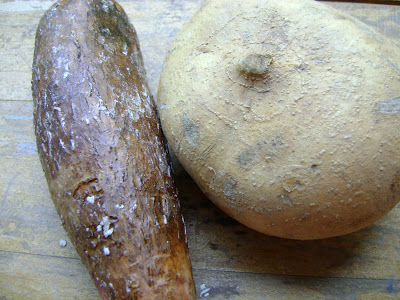 I got some root vegetables. (Yucca and Jicama) 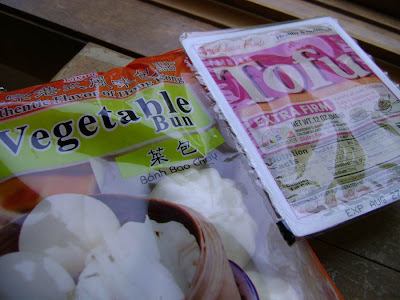 CHEAP tofu! And some dumplings. 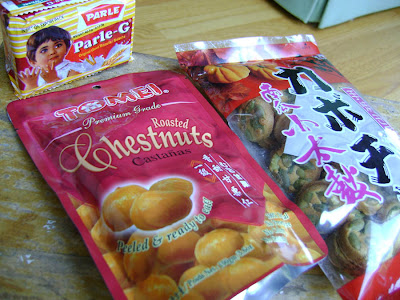 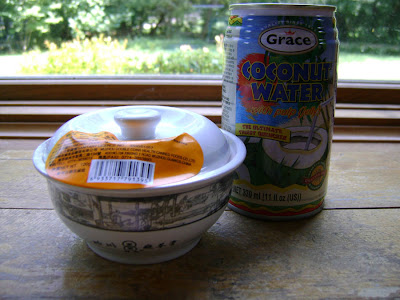 Coconut water and this. in that little bowl was a mystery I had to unravel. I mean. what's in it? Don't worry. I read the ingredients before purchasing but I had no idea what Gui Ling Gao was.....but the bowl is so cute... 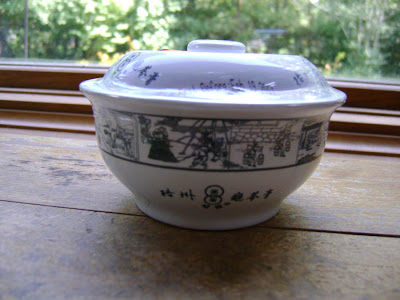 So I researched it. Turns out it means "turtle essence jelly" Uhm.....okay? Don't worry. there's not turtle in it. They used to make it by boiling in a turtle shell and it would be like jello. Now, that turtle is an endangered species so none of that business goes on and they don't use any other sort of turtle. You can buy mixes that have things like gelatin in them but this one is pretty much a liquid and has no animal derived gelling agent. It consists of water, honey, sugar, various spices and flowers (that I don't feel like going to the fridge to identify.) 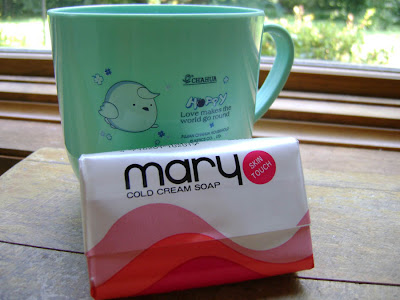 I also found this adorable noodle cup and got some soap.

So after all of those adventures I was tuckered out. I sat down on the couch and somehow took a nap. I was awoken by a skull-drilling racket...oh wait...that's my cell phone ring. (I'm too cheap to buy a good one.) Who's on the line?
My BGFF. What? Best Guy Friend...Foreverz. Anyhow. He wanted to do some hangin' and seeing as I haven't left the premises of my house to do anything but grocery shop in over a week....the prospect sounded good.

I knew he'd want to go to his favorite...um...restaurant? A place we frequented in high school. Taco Bell. I used to be able to scarf down three burritos...some nachos...throw in some cinnatwists....oh yeah. Up to four times a week. But I haven't been since I started paying closer attention to the foods I take in. So I started freaking out. Just a bit. In my head.

So he picked me up in his classy car... 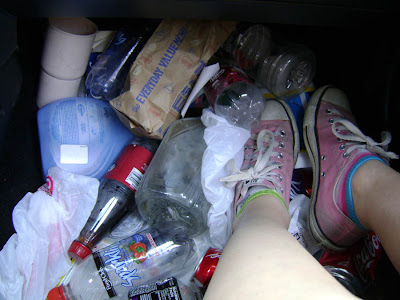 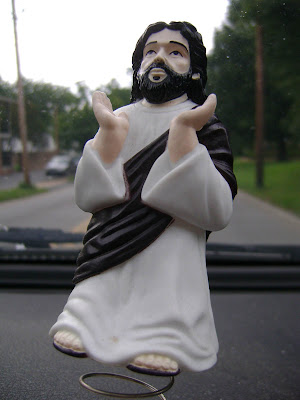 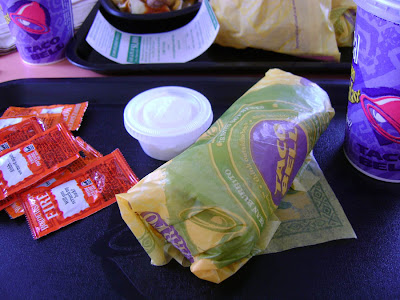 I had a seven layer burrito except it was five layers because I got no cheese and the sour cream on the side (that I ended up not eating.) 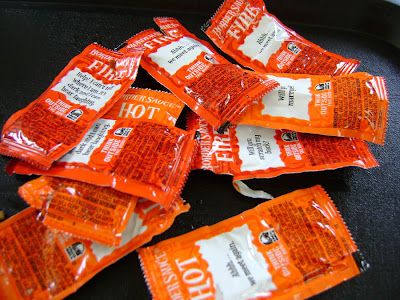 And yes, I consumed all of those taco sauce packets on that one burrito. It's like making out with a sting ray. Bliss.

You'll have to wait for epic cuteness. I'll be back tonight!
Posted by Kittie at 7:36 AM