Read about my cookbook project after the eats. 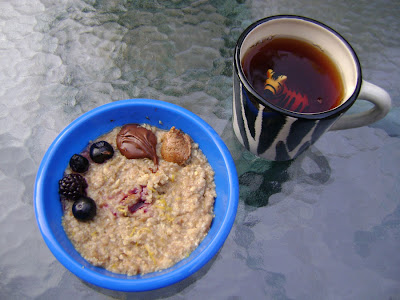 Breakfast was the same as yesterday:

I spent my morning and afternoon practicing my beading: 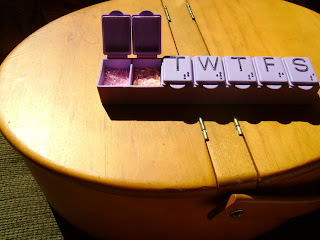 For lunch I reverted back to childhood with this plate: 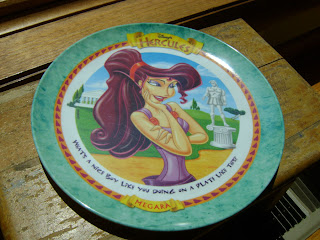 I had a small baked potato and I put real cheese on it. I usually don't but I needed to sneak in protein and calories. 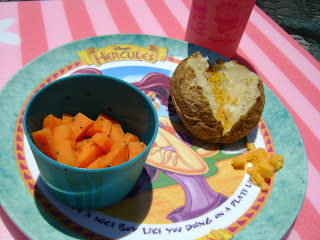 The carrots were delicious. They were microwave steamed with:
-Oregano
-Salt
-Pepper
-Agave

Applesauce that I ate out of obligation and did not enjoy but was easier to eat than anything else today: 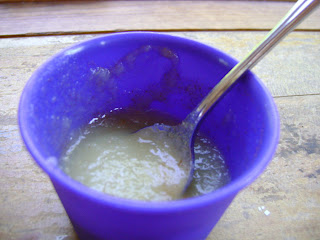 For dinner I ate the rest of my vegan mac and cheese. I changed some things: I added mustard and corn starch. 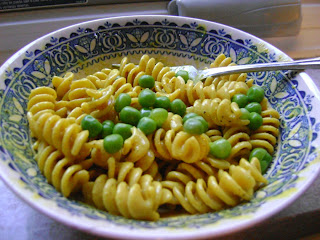 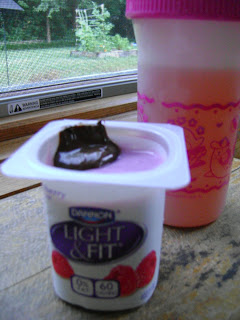 For dessert, yogurt and Nutella with iced raspberry green tea.

Alright, on to the "Cookbook Project."

All through my childhood my mother had our cookbook cabinet stuffed full of books. I don't think she used any of them....well, I did. I used them for baking. For cooking I either winged it or followed a family recipe.

When I went vegan in high school I was gifted two vegan cookbooks by a friend. I never used them. Seriously, cookbooks were not my thing. If I really needed something, I Googled it.

This is my issue. If I want a recipe, I Google it and pick one. My recipe book is in word, seriously, look: 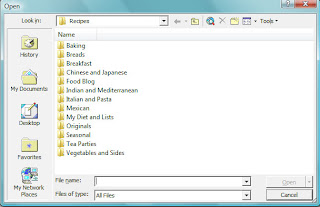 You can bet those babies have sub folders. ;) 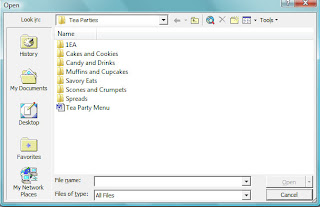 My problem with cookbooks: I'm very visual, many cook books don't have pictures of each recipe. I hate milling through the pages of text hoping to find something good.

Recently I have been perusing my copy of Veganomicon and have found several recipes I would like to try. I just ordered Vegan Lunch Box: Around the World. I also own Vegan Planet and plan on ordering Vegan Lunch Box and maybe The Kind Diet. Along with those I have three binders (one for baking, one for cooking, and one for tea parties) filled with recipes that I have printed/copied/and clipped.

For the next few months, when I want something I'm not going to Google it first (this is the project.) I am going to search through my books. Does this take more time? Yep. Does this yield better results? That is the hope. Either way, I'll be using them at least.

Here's a little bit of bloggie info:
You may have noticed that all my cookbooks are vegan and I take the time to do things like vegan mac and cheese but then I eat dairy, what's up with that?

1. I am not currently vegan.
2. I have been vegan.
The reason as to why I went back to vegetarianism can be found in the About the Blogger tab.

Why don't I eat much cheese or drink milk?
1. I hate milk. It is so gross. I drank it all the time before I went vegan and after nine months of not having cow's milk, I can't stomach it.
2. I don't like real, full fat cheeses generally. I don't like heated cheese because I hate cheese grease. I actually hate all grease/oil that is detectable in my foods. I hate the feeling it gives food.

Do I eat eggs?
Why yes I do. I like eggs. I hate liking eggs but I do. I eat just the whites quite often. My friend watched me eat a boiled egg once and said, "You didn't eat the yellow part....oh, that's the baby part--haha!"

Do I eat honey?
Funny story: When I was vegan, I didn't eat honey for the first six months, then I decided that "I hate bees" (Oh, I really do) so I would eat it if I wanted to.
Now, I don't eat a lot of honey because I make most of my foods and I despise the sticky mess that honey is.

Do I eat Agave nectar?
Yes I do, I much prefer the texture of it as opposed to honey.
BUT I have more of a moral issue with agave than I do with honey (oh the confusion.)
What is my moral issue? The Blue Agave plant is dying, people.

That's all for tonight, I'm going to be away for the long weekend (Grandma's!) But Grandma has no Internet so I'll be back Tuesday!