I want to name a business CarFood. It would sell healthy, portable items....or scrap metal to robots because they need restaurants too, you know!
Anyhow, I drove cars, rode in cars, rode in cars some more, and proceeded to drive cars this weekend. All in between the fun as always. Here are my food journeys.
Before heading out I had the most phenomenal French toast creation ever: 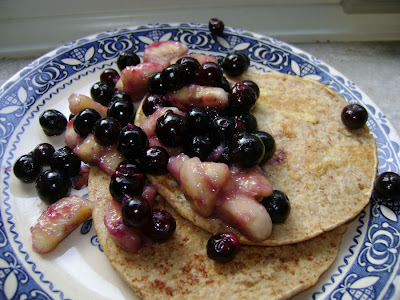 I don't like things too sweet or buttery so I put neither butter or syrup on things most of the time. I often like fruit instead. Bananas and blueberries cooked up for a few minutes, perfect! 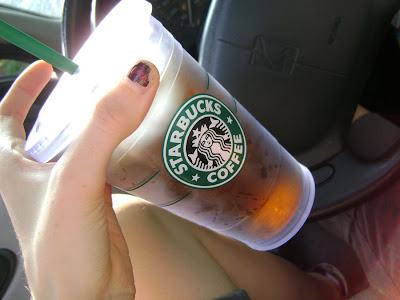 When I reached my destination, it was time to hop cars and be a passenger for a while....in a car without air conditioning....when it was 101 degrees Fahrenheit outside....for three or four hours....so there was a bit of this: 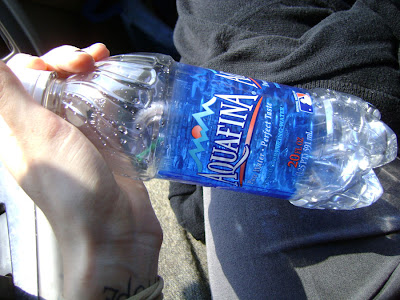 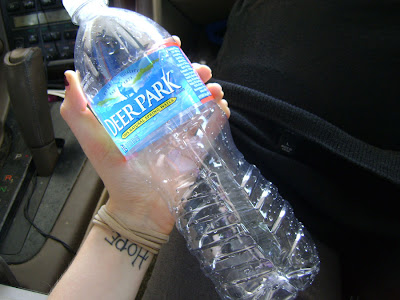 And a packed lunch: 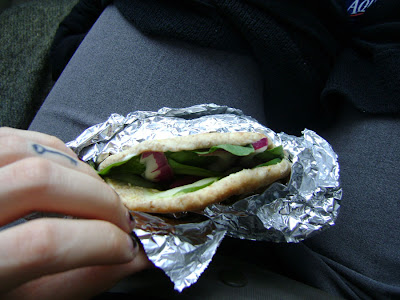 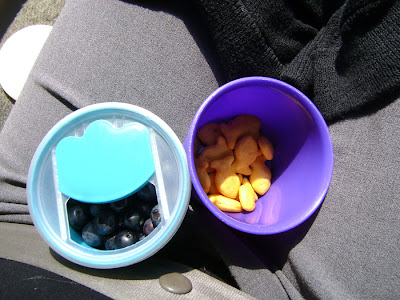 Sandwich flat with laughing cow, mustard, spinach, onion, and homegrown cucumber! Blueberries and whole wheat goldfish to round it out.

Then there was a night of unpictured fun, indulgences, and some late night (early morning) fruit. 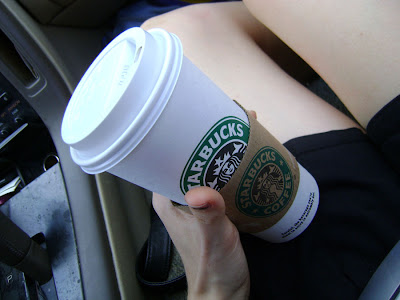 This coffee with soy helped a slight....headache resolve itself. 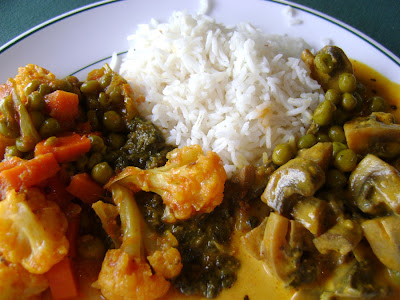 And then Indian food made the world a better place. (I seriously believe that to be true.) 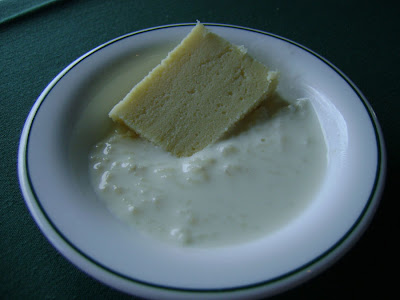 Another drive without air meant this: 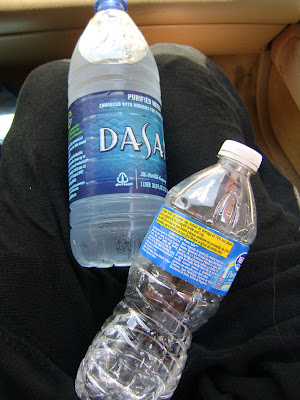 And another late night made this necessary: 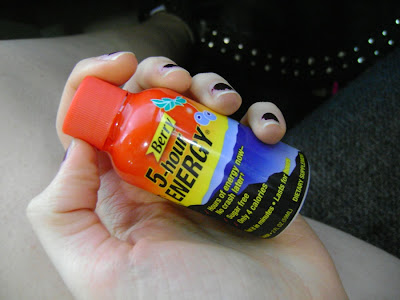 Conversation that ensued when my father saw me throw away that bottle today:
"You didn't have one of those did you???"
"Yeah....?"
"But you're such a healthy girl! Don't do that."
"Dad I can't be a party animal on coffee alone. Gives me the shakes, duh."
"....*sigh* but there are so many chemicals!"
LOL. Love him.

Is it horribly sad that my favorite thing about a hookah bar is the tea/food?
And the fact that it smells like fruit.
I guess it's good that I enjoy the fare because I don't partake in the fruity inhalation. (See Dad, I am healthy.) 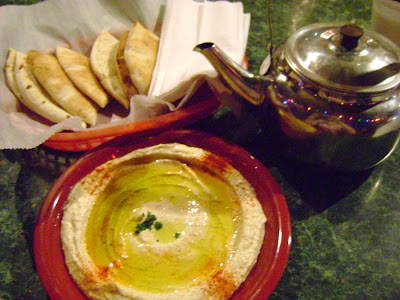 Okay, now I know this picture sucks bawlz but it's so homey in there I didn't want to use flash.
But this is ironic because my friend just finished telling his friend of the wonders of my food photography and then I knowingly took this piece of shit and had the balls to show it to you.
But look, it's homemade pita bread. That shit was good. I couldn't hide that from y'all and because of that you should thank me. 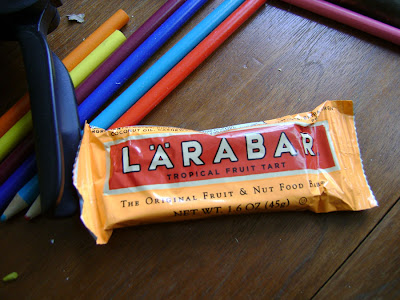 This morning I had a familiar bar on a familiar table. Well, I have never had that particular one, but we all know my history with these creations.... 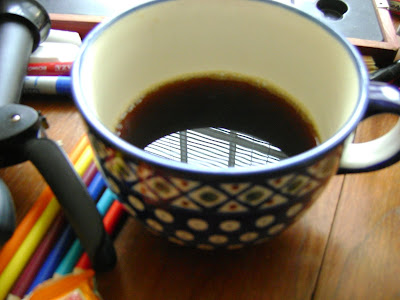 With a bowl (or two...) of coffee. Seriously. It's a bowl with a handle. I had to use both hands.

By the time lunch rolled around I was back on the road again. :( 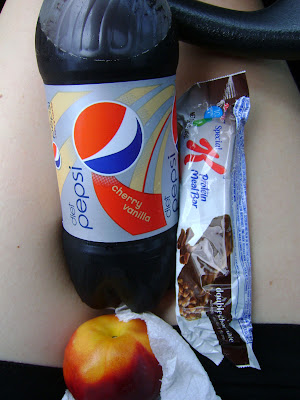 (My lunch looks like that of a Weight Watcher's victim....I mean....participant.)*
I obtained that bar at the end of last semester when I had campus dollars to use up. I wouldn't buy it at a grocery store but I might purchase it on campus again. It tasted good but these inner crisps were extremely dry and scratched my throat....it actually hurt to eat...maybe I did it wrong. 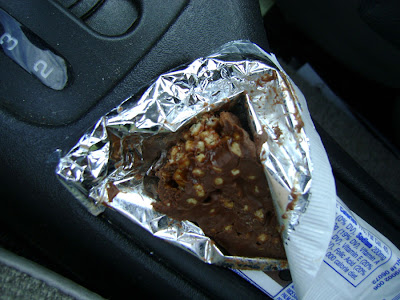 (I took this picture while operating a vehicle I didn't even look at the screen. How bad ass am I?)

*Sorry for all the car crotch shots....but really, it's just fan service so you all should be thanking me. ;)