"We are the Muses; Goddesses of the arts and proclaimers of heroes." --Disney Hercules
I've been listening to a lot of the Hercules soundtrack lately.....I can go the distance, just so you know. ;) (and that's the gospel truth.) Disney does such a good job at telling Greek tales. (Okay, maybe not.)

Moving right along. It was dark when I ate breakfast again so you get another flash shot. I'm sorry. But "flash shot" sounds dirty so maybe someone gets some joy out of it? 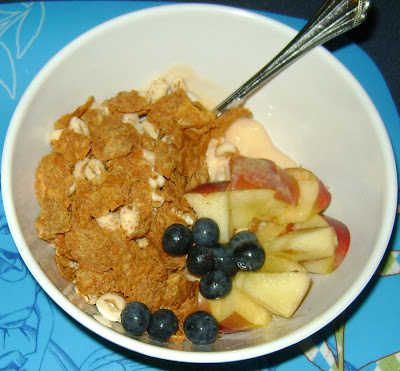 I had a big bowl of peach yogurt, nuked cinnamon apple, blueberries, oat puffs, and Special K protein plus cereal. 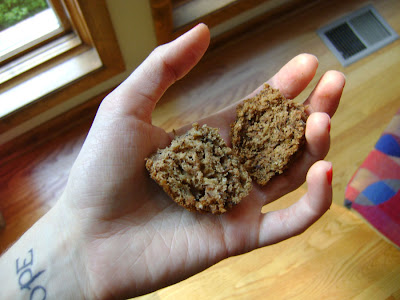 My breakfast was so big that after a few hours I was still full but around nine I had some banana bread nibbles.

They fueled my shopping trip. I went grocery shopping, my favorite kind!
Fruits: 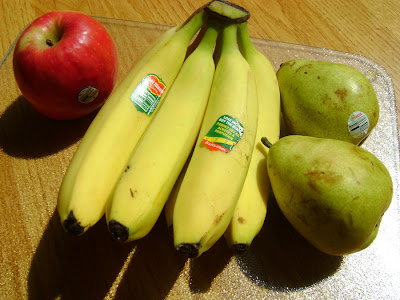 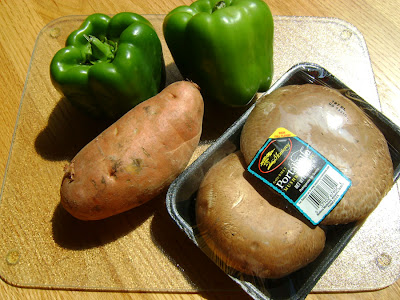 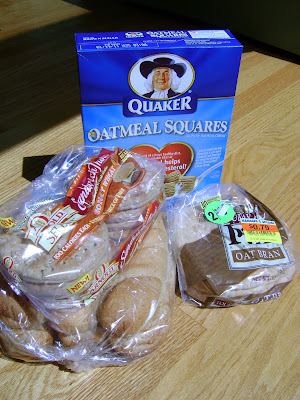 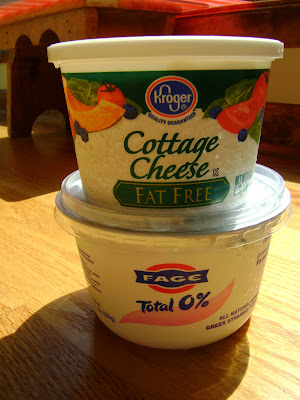 I had been craving Greek yogurt all week. My list had the individual regular yogurts on it because they are cheap...but I splurged! I couldn't wait 'till next week. 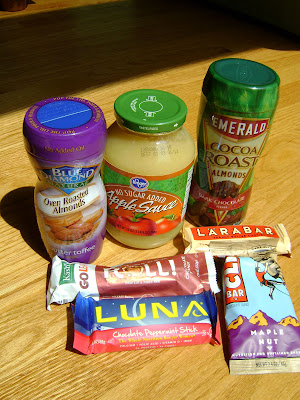 I put all my groceries away and promptly made my lunch. I used my leftovers from the other night to make a fantastic burrito: 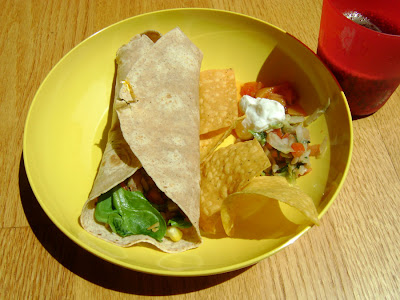 I filled it with re-fried beans, Mexican rice, pico de gallo, spinach, and corn-off-the-cob. I paired it with some chips, pico, salsa, and Greek yogurt "sour cream." 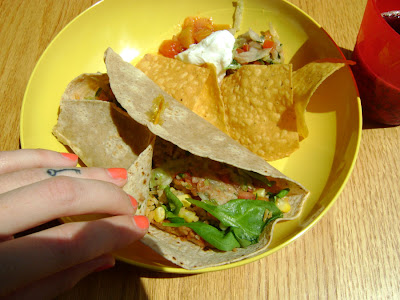 Look at it's insides! This was the best lunch I have had in a while! 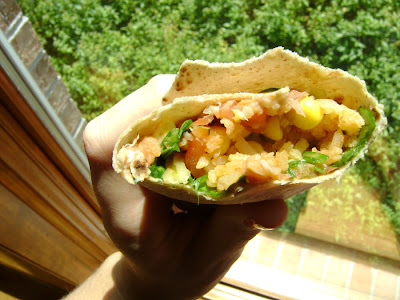 After working on some prep for my dorm and school supplies I had the rest of the Carrot Cake Cliff Bar that I snacked on yesterday. 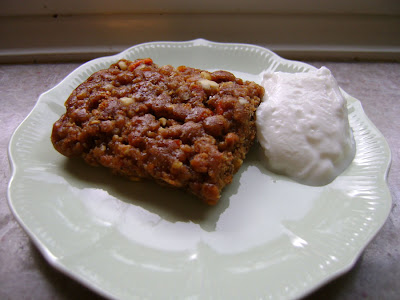 ....oh yeah, and there was some Greek yogurt action. 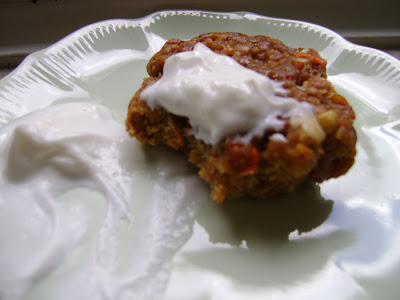 For dinner I had some french bread hollowed out and filled with caramelized onion, bell pepper and hot pepper as well as tomato, lettuce, pickles, and mustard. I had a dollop of Greek yogurt on the side because I love tzatziki with subs. 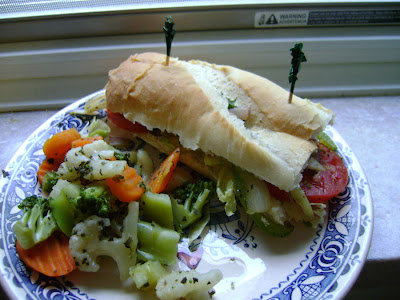 And right now I'm snacking on this pear and vegan cookie bits from yesterday. They sit in the bowl of my favorite Canadian superhero! I love you, Wolvie. 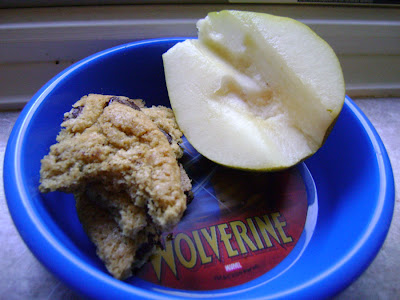